For those of us who find ourselves drawn to the written word, the pull toward pen and paper is more than just a hobby. It’s a lifeline. Many of us flourish when there are words flowing from our soul onto the page — we’re able to make sense of things better when we’re writing, and we think our thoughts most clearly when we write them down on paper.

As unique as the personal writing experience is for each of us, research is starting to reveal a universal reality that many of us have inherently known for a long time: writing about our lives is healing. Several studies point to the fact that when we honestly write about our own lives, working through our questions and challenges on the page, we can experience emotional breakthrough. That’s because when we take time to write about what’s bothering us, the act of writing enables us to see our lives in a new way and release past burdens. Writing can help us reframe our experiences and see ourselves as active participants in our lives, rather than as victims or observers. Additional research has found that people who take time to intentionally write about their emotional state “were able to create the distance between the thinker and the thought, the feeler and the feeling, that allowed them to gain a new perspective, unhook, and move forward.” When we write about what’s happening internally, it enables us to parse experience from emotion — and then decide how to change.

Writing is a powerful tool.

If you’ve never taken the time to write your story down, maybe this is the nudge that you need. While writing about our journey and the emotions that we’ve experienced may feel initially overwhelming, the work that it can do in our hearts and our minds might actually change the course of our lives. It can help us to really see how we’ve been living and what it might look like to flip the script in our current story.

Writing can help us reframe our experiences and see ourselves as active participants in our lives, rather than as victims or observers.

And, if you’re already a writer, then maybe this is the encouragement you need to keep going. Keep writing your story down. Keep letting those words pulse through you and don’t stop until they’ve landed in the order and in the way that enables you to uncoil your thoughts. Keep trusting that your story is worth uncovering and rediscovering and rewriting.

And then? Once your story is written down, consider sharing it with a friend, or in a publication, or on a blog. The hope and insight that we glean from writing our stories is never meant to be kept to ourselves — it’s meant to birth that same hope in others. It’s meant to point them to the value and purpose of the stories that they’re living, so that they can then do the same for others, too.

So what are you waiting for?  Pick up your pen; your story matters.

Ann Swindell is the author of Still Waiting: Hope for When God Doesn’t Give You What You Want. She teaches live, university-level writing courses for women who want to strengthen their voice and craft at WritingwithGrace.com. How to Best Pair Cocktails with a Dinner Menu 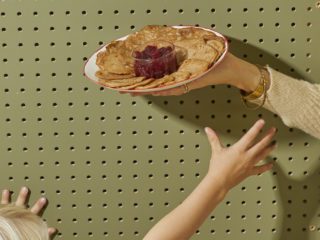