There’s something quite peculiar about looking at an image and seeing the same outline, yet entirely different colors. A few days ago — in just over 24 hours — our entire country was inundated with a dress that most thought was white and gold, while a fair minority yelled black and blue. The phenomenon went from shocked friends who were seated right next to each other, to celebrities tweeting and Morning Show anchors debating. Opthamologists and eye surgeons were Skyped in to try to explain the mystery. How could this one (rather unremarkable) dress cause such a media firestorm? More importantly, what does this dress tell us about ourselves and our culture?

The team at BuzzFeed interviewed Rockefeller University’s cognitive neuroscientist, John Borghi who explained what he termed a “top down” approach. He told BuzzFeed News: “Top-down processing ‘beings with the brain and flows down, filtering information through our experience and expectations to produce perceptions.”

If we, in fact, filter colors through our very unique experiences, then could we view other trending topics through those experiences as well? Can this small dress maybe give us a glimpse into the larger world we live in? And, if this is true, how do we reconcile these experiential differences? By yelling in ALL CAPS via Twitter perhaps? Or maybe can we take moment or two, face to face, to create a new experience? One of sharing and of listening?

If we, in fact, filter colors through our very unique experiences, then could we view other trending topics through those experiences as well?

One of the greatest tools my husband and I learned in premarital counseling was what I will call, “Am I Getting This Right?” We would sit together holding hands, or in really frustrated times have like one finger on the other’s knee, and discuss a situation or problem. The person that felt hurt or slighted would actively ask the other,

The other would answer honestly if it was, and the first would go into what the problem was. At this point the second person would listen. They would take a break from their feelings, their agenda, themselves and devote their ears to the other. After listening, the second person would say, “What I’m hearing you say is…” and repeat what they thought the person said. What was so incredible is that many times — just like a game of telephone — stuff would get lost in translation. We’d repeat this exercise a few times until the first person finally felt understood. Then, we’d switch and the second person would be able to respond. The first person now fully making it about their partner.  It was tedious and frustrating to learn, but a few years later we’re becoming communication champs . And very rarely do we ever feel the other person doesn’t at least understand where we are coming from.

My almost two-year-old, Ellie, holds my iPhone out to me in deep frustration. She wants so desperately to watch a particular Frozen song and will not let up. In the beginning I tried explaining why we weren’t watching, then moved the phone out of sight. This only made her more cry more. Now (with the supreme help of Dr. Harvey Karp) I repeat her own words back in almost the same frustration. She perks up and stares at me with side eyes. I then repeat back in simple sentences what I believe she wants.

After a few more repeats she smiles. I then explain that we’re not going to be watching anything right now, but I know how badly she wants to. I suggest we wave goodbye to the iPhone and put it away. She accepts it (most times). I didn’t agree with her, but I did in fact hear her. There is calm. How much more calm would our world be if we felt heard, whether or not the end result was agreement?

How much more calm would our world be if we felt heard, whether or not the end result was agreement?

What if we used the same approach to those who see the world in different colors? What if instead of simply dismissing the other side, we grabbed a cup of coffee, looked at each other’s face, and listened until we both felt heard? (Perhaps putting away the iPhone in this case, too) How much brighter would life’s colors be? Their life experiences validated, and just by learning each other, compassion was accomplished.

We may not always agree, but we can do our best to listen. And we have a little cocktail dress to thank.

What do you think it would look like if we sought to listen and understand more often, rather than prove a point? 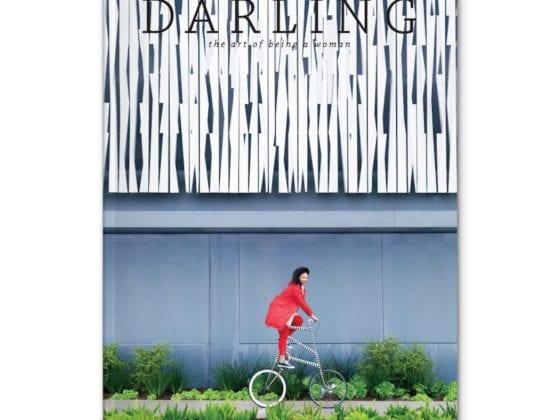