As you receive our summer print issue in the next few weeks, you will see an ad we placed in support of Not for Sale. We fully champion this innovative non-profit as they work with businesses to fight exploitation by reworking trade, simplifying sourcing, and returning funds to local communities. We asked their COO, Terra Judge, to share her story and tell us about how Not For Sale is working to end modern slavery globally. Tell us about your career path and what led you to NFS.

I started my career as a writer and editor at a travel magazine. At the age of 20, I started traveling the world, staying at luxury resorts. Although it was super fun, it opened my eyes to a lot of the world’s injustices. I saw the labor market and how many destinations catered to foreigners. I wanted to change that. I went to law school and practiced immigration law for a few years. I often worked with clients who had been trafficked, exploited, or forced to work in unspeakable conditions. They were disempowered due to their immigration status or because there just weren’t any other options. Even working in immigration law, I felt complicit in the system of keeping people down. I wasn’t able to make change as quickly or as drastically as I could see was needed. I took a sabbatical and had a variety of gigs: company culture consulting, working at a summer camp for grown-ups, and volunteering at a yoga studio. I ended up working at a digital marketing firm, focusing on socially conscious brands. I was introduced to Dave Batstone, CEO and founder of Not For Sale, and immediately connected to the organization. It was a place where I could use business and marketing in a way that disrupted the entire industry of exploitation. It’s been amazing to collaborate and create here, taking risks that most traditional non-profits don’t have the resources or expertise to do. I feel like I am making real, deep change. How did NFS start and what is the heart behind the non-profit?

Not For Sale began in 2000 when founder David Batstone discovered that there was a human trafficking ring in Berkeley, California. This was shocking; if it could happen here, what was the true extent of this problem? He began writing a book on human trafficking called Not For Sale that took him all over the world. In Thailand, he met Kru Nam, a woman who was rescuing children from brothels. Motivated to help Kru Nam build housing for the children she rescued, he returned home and started Not For Sale [the non-profit] with co-founder Mark Wexler. Not For Sale is now an international non-profit based in San Francisco that works to end exploitation and protect communities around the world from human trafficking and modern-day slavery. Instead of continuing to operate as a traditional charity, Not For Sale builds viable, successful companies that return profit to vulnerable communities. We create enterprises born out of a mission.

How specifically does NFS empower communities and stop exploitation before it starts?

Nearly everything we consume—from clothing, to the batteries in our cell phones, to the fish we eat—has forced labor and exploitation hidden somewhere inside its production [cycle]. Many consumers and businesses have no idea when or where the exploitation occurs.

About 45.8 million people today are living in slave-like conditions. That’s bigger than the population of California, Canada, or Argentina. Nearly every country on earth is affected, including the United States. More than $150 billion in profits are generated annually by businesses practicing slavery and exploitation. Our goal is to identify innovative, sustainable, market-based solutions to address and prevent the root causes of human trafficking around the world. Human trafficking arises in situations where people are desperate because of environmental degradation and economic disempowerment. With no other options, people exploit each other. Since 2007, we have directly supported over 20,000 survivors of human trafficking. Other non-profits would consider this a success, but we believe we should stop trafficking before it starts.

We fight exploitation at its core by strengthening communities with economic opportunity. Not For Sale collaborates with successful, serial entrepreneurs and innovators. The best examples of how we work to fight trafficking are through our enterprises, including Dignita, REBBL, and Z Shoes. Can you shed more light for us on your enterprises: Dignita, REBBL and Z Shoes?

REBBL is a drink company that goes beyond fair trade and sources roots, extracts, berry, bark, and leaves in a manner that will create maximum impact for the gatherers and producers. It is the number one selling organic beverage in the U.S. today and is now sourcing ingredients in 26 countries, focusing deliberately on working with cooperatives that benefit poor farmers.

Dignitá grew out of our Not For Sale Netherlands program, which began in 2015 by offering culinary job training to women who had been exploited. The women were taught how to make nutritious soup, which was then delivered to women in Amsterdam’s Red Light District. Not only were we offering food to people who needed it, but we were helping women in the program become more confident and equipped to create a different life for themselves.

We created our first full-fledged restaurant to build on this proven success. Dignitá provides innovative food in a hip location and continues to offer culinary certification for women who have been exploited. Nearly 44 women over the past year have been engaged in our culinary training program and 10 are now employed in one of the Dignitá restaurants.

In 2018, we opened a third restaurant and our sights are aimed for expansion into other major European cities over the next five years.

Z Shoes are uniquely made from 100% organic, sustainably harvested materials found only in the Amazon. The local native communities are paid a fair wage for their harvest and collection, and 2.5% of every shoe sold returns to the native community, enabling their financial viability and self-autonomy. Can you share a personal testimony from someone that NFS has helped?

I am completely in awe of one of Not For Sale Vietnam’s team members: Vi.

Vi had a rough childhood and was exploited growing up on the streets in Vietnam. Now Vi works for Not For Sale Vietnam doing outreach to street children that are growing up like he did. In Hanoi, many children are orphaned, separated from caretakers, and exploited in both sex trafficking and labor trafficking.

Last year, the Not For Sale team from San Francisco visited Vietnam and spent time with Vi, walking the streets and meeting the children in the safehouse. Vi tirelessly greets each child and offers them a meal, a hug, a listening ear — whatever they may need. Seeing each face light up when they see him reaffirms our commitment to create opportunity in Vietnam so no child has to live on the street and face exploitation.

At Not For Sale, we are careful to recognize that each survivor is in charge of their own life and their own story. Vi is a story of courage and dedication, everyday helping children like him to believe in themselves and their own worth. How can our readers get more involved with NFS?

Get involved and donate!

World change hinges on the economic decisions of those of us with the freedom to invest in that change. We can create a more just society if we inject capital into enterprises like REBBL, Dignita, and Z Shoes. Invest with us, donate or buy products from companies that are committed to doing things the right way. You don’t have to decide between profit and purpose.

Stay up to date with Not For Sale and their work by signing up for their e-newsletter, and following them on social media on Twitter, Facebook and Instagram.

Images provided by Not For Sale A Kickstarter That Wants to Give You a Hug Confidence Through Styling: Thoughts From An Aerie Stylist Curiosity: From Worry to Wonder 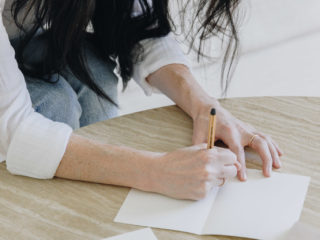 Why Words Matter in a Digital Age 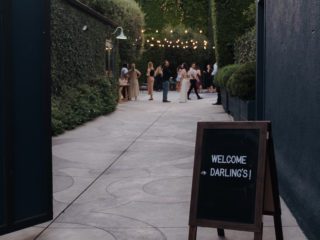 Showing Your Cards, Not Your Trophies: True Hospitality Part 1