“Imperfection is beauty, madness is genius and it’s better to be absolutely ridiculous than absolutely boring.” -Marilyn Monroe 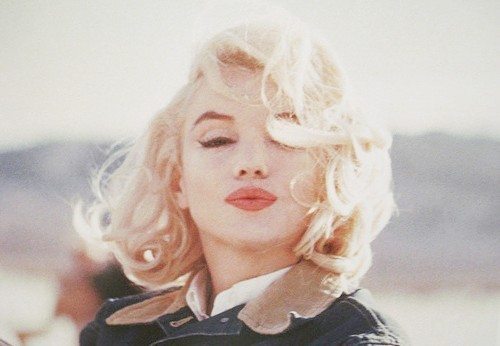 When listing iconic women in history, one of the first names that comes to mind without hesitation is the infamous Marilyn Monroe.

Norma Jeane Mortenson was born June 1, 1926 as the third child to Gladys Pearl Baker. Though there is confirmation that Gladys was her biological mother, since the very beginning much controversy has been stirred in reference as to who her biological father actually was. Monroe’s birth certificate gives heed to the possibility that her mother’s first husband, Martin Edward Mortenson was her father though they had separated prior to her pregnancy. Much confusion still surrounds this particular aspect of Monroe’s life because on the original birth certificate Martin’s last name is misspelled, raising more questions for Ms. Baker. It’s been said that throughout her entire life Monroe denied that Martin was her father; claiming she specifically remembered being showed pictures of Charles Stanley Gifford, and being told by Gladys that he was her father.

Over the course of time, because of the severe deprivation of her mother’s mental health, Monroe was passed back and forth between twelve different sets of foster parents over merely sixteen years. It’s been recorded that at one point in time Gladys demanded that Marilyn be given back to her while visiting her and her foster parents Albert and Ida Bolender. After refusing to let Monroe return to her mentally unstable mother, Gladys quickly kicked Ida out unto the lawn and locked herself in her house. Moments later, Gladys returned with Monroe stuffed in a military bag of Albert’s. Gladys went on to partake in multiple mental catastrophes and was eventually forced into mental institutionalization.

As Monroe grew older, she was taken into custody by the state and was given to Gladys’ best friend, Gracie McKee. McKee was noted as the first person that told Monroe that she would be a movie star. McKee married Doc Goddard soon after taking in Monroe. Sources say that Doc attempted multiple times to sexually abuse Monroe, causing her once again to be taken away. Monroe reports that after living with the Goddard’s and being sent to live with McKee’s aunt, Ana Lower, she found stability for the first time in her life. Unfortunately, “Aunt Ana,” (as Monroe called her) had serious health issues. After twelve homes filled with instability, abuse, and unrest, Monroe had had enough. She approached McKee and suggested that she get married two years shy of legalization to avoid being thrown back into the foster care system. Grace and Doc agreed,  and at age sixteen Monroe married James Dougherty known to most simply as “Jim.” Jim enlisted as a Merchant Marine during World War II, once again leaving Monroe to her lone self.

While Jim continued serving as a Merchant Marine, Monroe grabbed a job for herself and dropped her husband. She began working in an airplane factory to support herself, and it was here that she was noticed by a man named David Conover who referred her to the The Blue Book Modeling Agency. After being told they were looking for girls with lighter hair, Monroe bleached her hair blonde. With little experience, Monroe became one of their most successful models, making the cover of over twelve issues. After much dissatisfaction with her stage name, she officially took on the name “Marilyn Monroe.” Soon after, she took on her first movie role in the film “The Shocking Miss Pilgrim,” in 1947. Soon after her contract had depleted she went looking for work and just so happened to get paid $50 to pose nude in 1948. Nevertheless, Monroe redeemed herself that year by being crowned, “Miss California Artichoke Queen,” taking on a far less racy title.

Though known as the “Artichoke Queen,” Monroe was getting ready to step into her prime. The next three years leading into the next decade would be noted as the best years of her career. In part two of this article series on Marilyn, we’ll learn many lessons from Ms. Monroe. Even after the tragedy and dysfunction of her childhood, Monroe was committed to pursuing the dream within her. Though obvious in the midst of her career that her past still affected her, it’s fairly easy to see that Monroe’s outer beauty wasn’t able to compensate for the inner turmoil taking place.

If nothing else, the early life and career of Monroe has shed light unto this simple fact: Life takes place behind the face. Most of the commotion in our lives goes on in our minds, which bares life and/or death in our hearts. No matter how beautiful one seems on the outside and how “together,” they pretend to be they have their struggles as well. As Monroe would say: “We all hurt and we all have feelings too. We are all still human. All we want is to be loved, for ourselves and for our talents.”

So today, I challenge you to this: look beyond the make-up and acknowledge the tenderness and beauty of that person’s heart, dreams, and adversity. But more than that, today make an effort to speak life into that thirsty soul.

My Week in Marilyn’s Closet