I began working at a local winery shortly after graduating college in the middle of a global pandemic. In 2019, I spent several months living in Paris, and I found a new appreciation for really good wine.

Naturally, upon my return to the United States, the standard wine offering at the nearby grocery stores consistently fell short. With confused dreams and little else to occupy my time, I sought solace in a vineyard, and I quickly realized that the vines would bring their own kind of post-graduate instruction.

I have long been enchanted by the idea of the harvest. Historically, a harvest has always been connected to a time of celebration. Anyone working in agriculture understands that the harvest determines one’s livelihood for the next year. A bountiful harvest is a gift. A harvest is a good thing. For the winemaker, however, the harvest is merely the beginning.

In late September, I joined in the harvest of our white muscadine grapes. We set out in the early morning to beat the heat and the rush of the afternoon bumblebees. I was soon awakened to the reality that the act of harvesting was not quite as comforting and celebratory as I had always believed.

For hours, we dirtied our hands to scour the vines for the ripened grapes. I was told to pick only those which were ready, tossing aside the grapes which had already grown too ripe to make into wine. By noon, we had only harvested a few rows in the vineyard. Yet, our buckets were overflowing. In the abundance, I learned my first lesson from the vines.

There’s an old saying that “struggling vines produce better wine” with the notion that a vine under a certain amount of stress will produce more grapes. In 2020, our vines were stressed enough to produce a harvest double that of the year prior. In a year of heightened adversity, even then the grapes weren’t just growing. They were flourishing.

Driving home that day, I felt the true toil of the harvest and saw its dirty reality on my mud stained fingertips. Months of growth in the sun were reduced to a few hours of aggressive extraction. Still, I found hope in the fact that after all of that, our final fruit was still a beautiful thing. Every year, our personal harvests will look different. If this year’s harvest taught me anything, however, it is the understanding that even those stress-filled years have the potential to produce more in us than ever before.

I found hope in the fact that after all of that, our final fruit was still a beautiful thing.

As much as I’ve longed to remain in those seasons of bountiful harvest in my own life, I believe that our greatest joys are found when we’ve matured to wine. The most important lessons of the vines arrive beyond the harvest. As sweet as a ripe grape may be, a grape is not yet wine. Within days, the harvest was destroyed. The very integrity of the grape was compromised to brutally extract the juice inside. Skins were separated from pulps in the winemaking processes of crushing and pressing.

More troublesome still, is what happened next. In deep cavernous barrels, the remains of once ripened grapes now gone to wait. For months on end, the juice does nothing but rest.

At first, rest would seem like a welcome respite from the trauma endured. How nice it must feel to be released from the process of being so callously torn from the vine, plopped into a bucket and pressed and crushed?

I too remember loving those first few weeks of “extended spring break” with a certainty that COVID-19 would not interfere with my 2020 summer dreams. Almost a year later, I find that many of us may still be sitting in the barrel, just waiting. If you’re anything like me, then you too have been banging on the walls. I could care less if I’m prepared for the next thing or if the wine which is being developed in me is ready to be poured. I just want out.

Today, the vines are bare, and the grass is dead. In South Carolina, we don’t even have snow to tolerate the winter cold. However, every weekend we turn on our propane heaters, open outdoor seating and keep the wine flowing.

There is one last and well known fact about wine that I’d like to share. The longer you leave wine to ferment in the barrel, the better it will be. The very best wines are the mature ones—those which have endured the summer sun, the hasty harvest, the ruthless moments of crushing and pressing and the many months of waiting. Those are the wines well worth the effort and time.

The very best wines are the mature ones—those which have endured the summer sun, the hasty harvest, the ruthless moments of crushing and pressing and the many months of waiting.

I have to believe that after all we have recently endured, a magnificent kind of wine is still being produced in us. Whether you’re awaiting a harvest, feeling the devastating effects of a personal crushing and pressing or stuck in a barrel like me, be encouraged to know that grapes also go through it. One day soon our finished wine will find us too. Inspirational Quotes From Black Heroines Past and Present 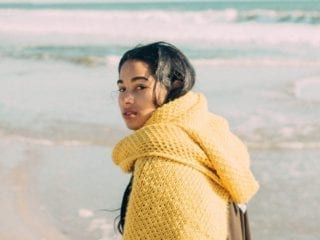 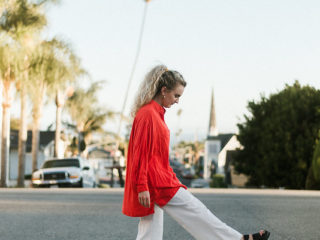