Producer, designer, author and—oh yes—actor: Bailee Madison has been doing “it all” in a rather quiet and kind way for years now.

At 19, she’s one of those faces that we might all recognize, but there is so much more to her than the characters she has presented. Known universally for her work in “Brothers,” “The Good Witch,” “Once Upon A Time,” “Just Go With It,” “Bridge to Terebithia,” and the recent release of “The Strangers: Prey At Night,” Madison is busy. She just launched a capsule collection Nowadays x Bailee Madison sold at Macy’s, and released her first Young Adult novel, “Losing Brave” in January of this year.

She’s not just a powerhouse: she’s a real person, a thoughtful artist and an intelligent career woman.

Teresa Miller Archer: There are always so many possibilities Did you have any particular influences that help you navigate which projects you choose to take on?

Bailee Madison: I think I was – and I still am – in a very small circle. I expanded it once, it didn’t work out, so I brought it back in. I think that was a part of growing and learning through the years.

The process of scripts always came more like, my team, me, if I like it I sent it to my sister, if my sister likes it [then] I send it to my mom. Everyone gives their opinions. At the end of the day now, it’s kind of like, “Bailee, what do you want to do?” I still want to hear and listen to every side of argument because that’s how it’s always been in how I make my choices. The crossroad started when I was fourteen and I did a show called “Trophy Wife” here in LA for a year. It was the first time I was ever in LA for a year. TMA: You did a lot of films up until that moment!

BM: I was very fortunate. ABC has been wonderful to me and they said, “Look we have this show, the pilot has already been picked up,” and went in and just met with the team and did that show.  It was still to this day one of my most cherished experiences. Looking back at it now, I think I was so unconscious of how pivotal for me as a fourteen-year-old to have that time and to also have that stability for the first time in a year was really special. When we didn’t go back for a second season, I started looking back at filming at everything was taking me from fourteen to nineteen, twenty overnight.

It’s one thing to not connect with the character at all because I don’t know one thing about her that I could bring into my personal life – nothing I can draw from. But when it comes to the physicality of it all, I feel like you have to know something a little bit to be able to do that and there was a point in my career when I said about projects that asked me to age dramatically, “I’m just not there yet.”

So, that’s when I went to Hallmark – that’s when I started “The Good Witch.” So, everything’s just been trying to stay back, remember my morals, remember my values. That doesn’t mean I have to sacrifice great projects. There are still great projects that exist within that realm of what I believe in. But I think if you can start to hold on to the identity that you used to have, I think that helps keep you whole throughout the way; if you start losing little things… I think it’s the little things that can eat you up. When you start to lost parts of you, that’s when it starts to become really difficult. And I still have the challenge of, “Oh this script would be so good for me! I can’t do it.” I think you have to trust that “no” when you say it. You have to be empowered by it. Everyone has the power to say yes or no.

There was a point in my career when I said, about projects that asked me to age dramatically, ‘I’m just not there yet.’

TMA: You have so many enterprises going on at one time: Tell me about how and why you decided to write your own Young Adult novel?

BM: I have a lot of stories to tell. A lot of good ones, a lot of bad ones. I’ve been writing since I was younger.  I have notebooks upon notebooks of short stories I used to write for fun or script ideas that I had … it was the thing I was most connected to.

I was finally home for more than a week and started going through stuff and came across this book of Stephanie Miller’s, read it in that night and DM’d her, asking “Can we talk?” I brought her on to work on the [Ghosts of Nantucket] script with me and then one night, it was after filming, we were going over script notes for the next day, and she was like, “Would you ever consider writing a young adult novel or a book of any sort?” It was at a time, and still at a time in my life now, where the scripts that I was being sent were just not my type of thing. And I was like, “What if I write something that is my type of thing that I haven’t done yet, that I would love to do?” We started going back and forth, and the novel turned into this quirky, offbeat, coming of age novel and then it quickly transitioned to a psychological thriller.

We’re the first psychological thriller for young adults.  The older sister can read it, put it down on the table, and the younger brother or younger sister can pick it up and no one has to worry, yet it’s still exciting, it’s still fun. If you’re older, you’ll catch little things; if you’re younger, it will fly over your head and I think that’s what’s special about it. Steph and I were excited about that side of it. TMA: That’s pretty considerate of you to think of younger age groups and family dynamics.

BM: I mean, I have nieces. I love those little ones with all my heart, and I was that age once. I’m still in a crossroads between, “Grow up overnight and I do this project that could put me in a really great place,” and, “Maintain the road of the age that I’m at and continue to learn and experience.” I know that this book can let younger girls dream and imagine without damaging them at all.

TMA: The messaging for the past ten years to women has been “lean in,” “side hustles,” and “you can have it all.” Do you feel pressures either as a woman or in your industry to do more to have more? What brought about your line at Macy’s?

BM: It feels organic only because I don’t like being comfortable; if I feel like I’ve done it before, I start to freak out. I’ve always wanted to do a fashion line – always. And I’ve been approached by multiple people throughout the years and I’ve said no. “Macy’s in the holidays” came to me – I have shopped at Macy’s since I was a little girl – so, when a store that I loved and I think is a really great place for families came to me, well, that was a no-brainer. I feel like this is a good way for me to dip my feet in the water. We also have junior sizes so my niece can wear it. It looks sweet and innocent on her and it looks fun and sophisticated on someone older, which is really cool. I’ve really been trying to soak it up and learn as much as I can.

The book came because I was at a loss creatively and I feel a little held back and I don’t think that in the market exists right now and I’d love to have it exist. And then producing came because I love being behind the camera. I love acting and, knock on wood, God continues to bless me and I get to do that – but I think the big dream is directing and going behind the lens.

When I was younger, I knew I was really fortunate, but now that I’m older I’m like, “Holy smokes I was really fortunate” and to be able to take those lessons and give it to someone else… I feel like there’s no cooler thing then to give that back. I think the go, go, go factor is something that can play into it, but I love what I do and I’ve loved everything that I’ve done, so it’s felt very me. TMA: So, if you could be mentored by anyone in production and directing, male or female, and had an all-access pass to how they think, how they direct, how they act, who would it be?

BM: Charlize Theron. I was recently at a dinner with her – she’s amazing.  I would love to sit down with that woman. I really would. She’s producing incredible movies; her talent is obviously impeccable on screen.

Christina Hendricks I just worked with; I’ve learned so much with her in the last few months. I’ve learned things about the way to handle myself on a set, in situations that I maybe wouldn’t speak up for and how eloquent and respectful, yet strong she was in everything that she said.

Nicole Kidman. I love Nicole Kidman. If those three would just sit down with me and then if I could bring Jackie Kennedy back to life and talk to her – that would be my dream table.

BM: I think she’s so fascinating. She’s one of everyone’s guilty pleasures that no one realizes; I really believe so. I mean, unimaginable, heartbreaking, public woman who was a wife, who had a life and lost all of that in just a few minutes. Just the strength that she had … no matter how many years ago that was. It’s something that I feel like can resonate with our generation – a classic example of a woman with grace who was strong and showed that being vulnerable was also strong. I find the emotional landscape of her just so fascinating. 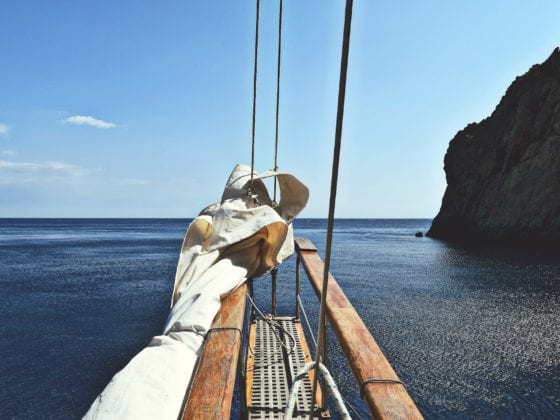 What to Know About Travel in Sardinia 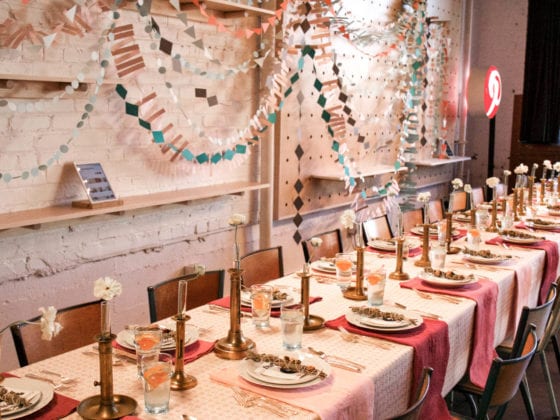